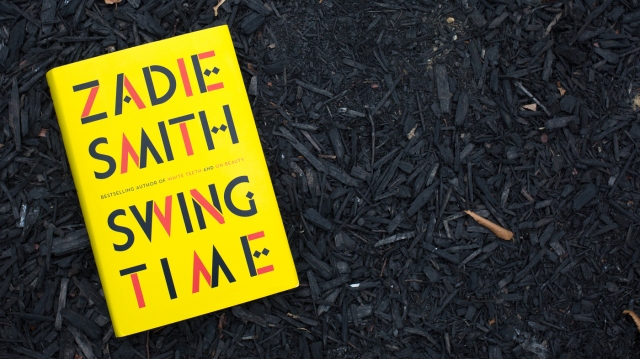 Each novel by Zadie Smith seems to be an independent stylistic experiment, from her initial omniscient narrators in the White Teeth (2000) and On Beauty (2005), to her polyphonic experiment in NW (2012), to her latest work Swing Time (2016), where she relies heavily on a loosely autobiographical, quite biased first-person narrator. The story is set in 2008, when the unnamed narrator is in her 30s and has been recently fired, for reasons to be disclosed afterwards, from her position as the longtime personal assistant to an immensely famous pop star named Aimee, the Madonna of Smith’s fictional universe. The masterful weave of the novel is what makes it a truly wonderful read, from grits to glamour and then back again, the narrator pulls herself out of the estates and into Aimee’s luxurious life only to be sent to an African village and then, in the end, back to her mother’s apartment. Swing Time is a female bildungsroman that tackles love, career, friendship, and motherhood, and in the end, after it makes its arabesque-like full circle, it gives the narrator another chance to make things right and to find a place where she truly belongs.

As Malcolm Bradbury put it in the first line of The History Man: “Now it is autumn again; the people are all coming back,” yet the beginning of the school year simply doesn’t feel right without the murmur of the rain, wet boots and coats, warm sweaters, and red-gilded trees. It’s November already, and I still did not get the proper autumnal kick. I’ve been waiting for three years now and I’m starting to come to terms with the fact that autumn simply does not visit the country where I currently reside. Hence, I’ve decided to live vicariously and feed on the autumn feeling from some of my favourite campus novels.

To be a teacher of any kind, it seems, one needs to be blessed with a certain dose of humour. You need to have the ability to grasp the paradoxical nature of your surroundings, digest it, laugh it off, and let go. This particular tincture of irony, mild sarcasm, and situational comedy seems to permeate the campus novel genre faithfully represented by Kingsley Amis, David Lodge, and Zadie Smith.