The word feminist has been ladened with a load of negative baggage: you hate men, you burn bras, you hate your own tradition, you think women are better than men, you don’t wear make-up, you don’t shave, you’re always angry, you don’t have a sense of humour, you don’t use deodorant, etc. In her 2012 TEDx talk and later on, in her essay titled We Should All Be Feminists, award-winning writer Chimamanda Ngozi Adichie seeks to rectify the injustice done to the definition of feminism and show how necessary and significant it is today. 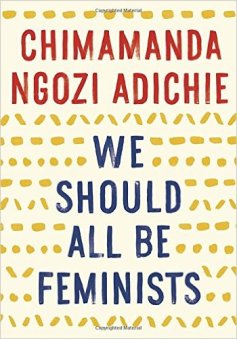 Drawing on her own experiences growing up in Nigeria to illustrate her point, Adichie restates the message that has been shared by many others for generations, but in a very calm, concise, and convincing manner. She is not militant or aggressive in her assertions, she is not calling for gender warfare, she is just inviting the reader to recognise that the society as a whole must change if equality is to be achieved:

‘Gender matters everywhere in the world. And I would like today to ask that we should begin to dream about and plan for a different world. A fairer world. A world of happier men and happier women who are truer to themselves. And this is how to start: we must raise our daughters differently. We must also raise our sons differently.’

Adichie recognizes and acknowledges that the root of the problem lies in the way boys and girls are still raised and conditioned to behave in a certain socially prescribed way and to plan their future and limit their expectations based on their gender. She talks about an incident from middle school where the prestigious title of class monitor was given to a boy who had scored less in a test than she did just because he was a boy. ‘I have never forgotten that incident,’ she writes. ‘If we do something over and over again, it becomes normal. If we see the same thing over and over again, it becomes normal. If only boys are made class monitor, then at some point we all think, even if unconsciously, that the class monitor has to be a boy. If we keep seeing only men as heads of corporations, it starts to seem “natural” that only men should be heads of corporations.’ 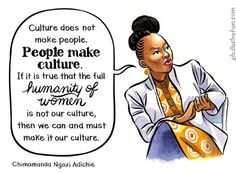 If a pattern is constantly repeated, it becomes the norm, and the pattern is still repeated. In order for a woman to be successful and in order for her knowledge, skills, or abilities to be recognised, she she does not only need to be good at what she does, she needs to work harder and be convincingly better than any of her male counterparts, and while doing so she needs to balance the  emotional burden that comes with being a woman and make sure that she does not come across as a ‘hardass’, ‘aggressive’, or simply a ‘bitch’, whereas a man in the same position would be simply perceived as ambitious. 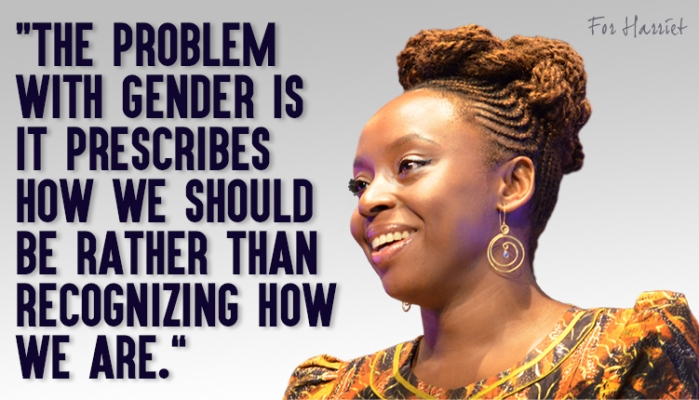 Adichie coherently explains why feminism is crucial nowadays when the society has started shunning, defining, and redefining its meaning and context. ‘For centuries, the world divided human beings into two groups and then proceeded to exclude and oppress one group. It is only fair that the solution to the problem should acknowledge that.’ However, instead of recognising the problem as it dances before our very eyes, we still live in a society where the feeling that men are being threatened by feminism clouds people’s logic and pushes us further backwards. Adichie’s essay is a calm yet potent tour de force on the subject of gender equality that works as an eye-opener and calls for positive action.

Tags: Book Review, Chimamanda Ngozi Aidichie, feminism, We Should All Be Feminists

“It’s no use going back to yesterday, because I was a different person then.” ― Lewis Carroll, Alice in Wonderland